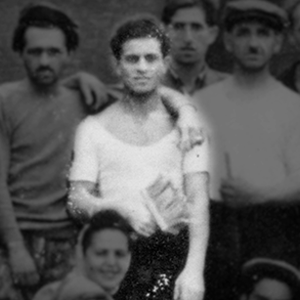 Join the Maltz Museum of Jewish Heritage at the Cedar Lee Theater for this special screening of Escape from Treblinka: The Joseph Polonski Story, followed by audience Q&A with narrator and producer, Michael Berenbaum.

About the film:
A true Horatio Alger story, this movie chronicles the life of Joseph Polonski from a young child in Silvaki, Poland, to the Jewish Ghetto, and ultimately to the Treblinka, the most rigorous death camp created under the Nazi regime. Keen intellect and some luck allowed Joseph to escape from Treblinka (one of only two known escapees) after which he served as an officer in the resistance, fighting Nazi’s until the liberation. After being placed in a DP camp, Joseph learned electronics in a German ORT School and immigrated to the United States in 1949. With only the shirt on his back and $10 given to him from a distant relative, Joseph built a thriving business and a loving family. This story is a true testament to determination, true grit, and the life of Freedom he found in America.

Thank you to our programming partner: Mandel JCC, and Jewish FilmFest