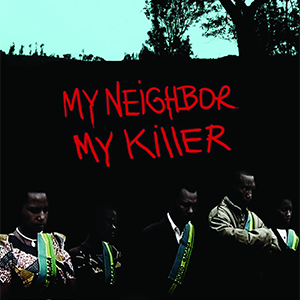 My Neighbor My Killer 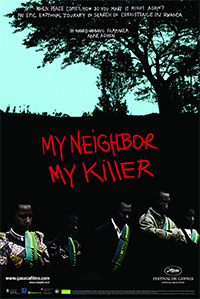 Sunday, December 12, 3:00pm
Online Program
Free to attend.
A link for the film will be available 5 days prior to the post screening discussion. Registration ends 30 minutes before the start of the program.

In coordination with the special exhibition, Stories of Survival on view October 27, 2021 to February 27, 2022, we are proud to present a free documentary film series exploring themes related to the Holocaust and other genocides. Each month, we will provide access to up to two highly-acclaimed documentaries from notable filmmakers. Register through our partner, Classroom Without Borders, for the link to screen the film on your own. Then, join us on Zoom for a talk-back with subject-matter experts. Virtual film screenings and talk-backs are always free!

Watch the film My Neighbor My Killer and engage in a post-film discussion with documentary filmmaker Anne Aghion, Umhoza Pari Liliane in conversation with Dr. Alexis Herr.

Could you ever forgive the people who slaughtered your family? In 1994, hundreds of thousands of Rwandan Hutus were incited to wipe out the country’s Tutsi minority. From the crowded capital to the smallest village, local ‘patrols’ massacred lifelong friends and family members, most often with machetes and improvised weapons. Announced in 2001, and ending this year, the government put in place the Gacaca Tribunals — open-air hearings with citizen-judges meant to try their neighbors and rebuild the nation. As part of this experiment in reconciliation, confessed genocide killers are sent home from prison, while traumatized survivors are asked to forgive them and resume living side-by-side. Filming for close to a decade in a tiny hamlet, award-winning filmmaker Anne Aghion has charted the impact of Gacaca on survivors and perpetrators alike. Through their fear and anger, accusations and defenses, blurry truths, inconsolable sadness, and hope for life renewed, she captures the emotional journey to coexistence. 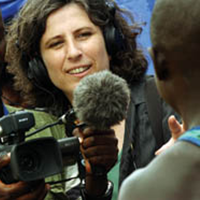 Multiple award-winning filmmaker Anne Aghion has been praised by critics both as a director of unique and poetic vision, and a documentarian who conveys a strong sense of the people and places she covers. Her work has earned her, among other honors, a Guggenheim Fellowship, an Emmy, the Human Rights Watch International Film Festival’s Nestor Almendros Award for Courage in Filmmaking, an Arts & Literary Arts Residency at the Rockefeller Foundation’s Bellagio Center, a MacDowell Colony Elodie Osborn Fellowship, and a UNESCO Fellini Prize. Her most recent documentary, My Neighbor My Killer, capped nearly ten years of filming the Gacaca (pr. ga-TCHA-tcha) justice process in post- genocide Rwanda. There, Aghion charted the emotional impact of a system of local open-air courts that adjudicated genocide crimes, and returned killers to their homes in exchange for confessions.

My Neighbor My Killer is one of the rare documentaries to be accepted in Official Selection at the 2009 Cannes Film Festival. Since then, it has been invited to screen across the globe. It is the feature-length companion to a trilogy of hour-long films. Gacaca, Living Together Again in Rwanda? (2003), and Emmy-winner In Rwanda we say… The family that does not speak dies (2005), have aired on television internationally. The final chapter, The Notebooks of Memory, was completed in 2009.

Beyond their success as documentaries, the Gacaca Films are recognized as a vital tool for understanding Rwanda’s bold experiment in social reconstruction. They have also had impact on the ground in Rwanda, where they have been used by NGOs for community-based training, and most remarkably, were screened for tens of thousands of confessed genocide killers before their release from prison.

Aghion is co-founder and Honorary President of IRIBA CENTER FOR MULTIMEDIA HERITAGE in Kigali, a place where all Rwandans will have access to the country’s audiovisual history. 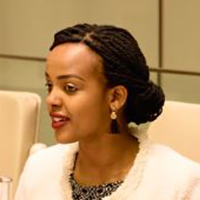 Liliane is the Foundation Rwanda Project Officer at Survivors Fund (SURF) in Rwanda. She is a survivor of the genocide, and served as an intern at Survivors Fund (SURF) whilst a student at Juniata College, Pennsylvania and she was then elected as a trustee. She subsequently organized a Women Genocide Survivors Retreat in 2017, and again in 2018, and is an activist advocating for support for survivors in Rwanda. She retired as a trustee in 2020 before taking up her executive post. 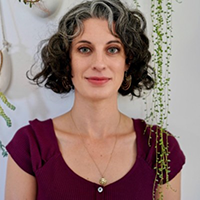 Dr. Alexis Herr has dedicated her life to combating genocide and atrocity. This passion has motivated her educational and professional pursuits and translates into a strong desire to prevent human rights violations. Ms. Herr received a doctorate in Holocaust History from the Strassler Center for Holocaust and Genocide Studies, Clark University, and currently lectures at the University of San Francisco and University of California, Berkeley.

Thank you to our programming partner: Classrooms Without Borders