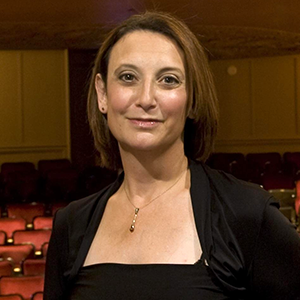 Nazi Laws: From Democracy to Dictatorship to Genocide

Free to attend with registration.

In recognition of International Holocaust Remembrance Day, Senior Instructor in Law Cathy Mansfield will discuss the Nazi Party’s rise to power in Germany in the years preceding the Holocaust, the legislative means by which the party and its leader, Adolf Hitler, took the country from the democratic Weimar Republic to the dictatorship it became, the anti-Jewish Nazi laws of the time, and the Nazi court system.

Mansfield teaches a variety of consumer, payments and commercial law courses, and also teaches a course called “Holocaust and the Law.” She is a Distinguished Fellow at The Consortium for the Research and Study of Holocaust and the Law at Chicago-Kent College of Law’s Center for National Security and Human Rights Law. She is the composer and librettist of an opera, entitled “The Sparks Fly Upward,” that follows three German families in Berlin, two Jewish and one Christian, through the Holocaust, and she is founder and executive director of The Sparks Fly Upward Foundation, a non-profit organization dedicated to educating people about the Holocaust, genocide and tolerance through presentations of Sparks, and ancillary activities.