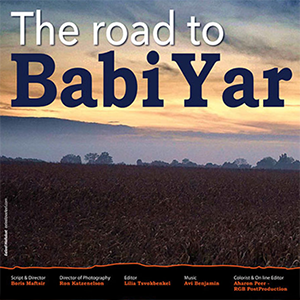 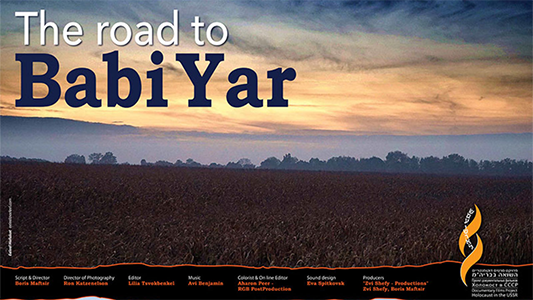 In coordination with the special exhibition, Stories of Survival on view October 27, 2021 to February 27, 2022, we are proud to present a free documentary film series exploring themes related to the Holocaust and other genocides. Each month, we will provide access to up to two highly-acclaimed documentaries from notable filmmakers. Register through our partner, Classroom Without Borders, for the link to screen the film on your own. Then, join us on Zoom for a talk-back with subject-matter experts. Virtual film screenings and talk-backs are always free!

Watch the film The Road to Babi Yar and engage in a post-film discussion with documentary Film Maker Boris Maftsir in conversation with CWB Scholar, Avi Ben-Hur.

About the film:
The Road to Babi Yar is the newest film of the documentary project by Boris Maftsir, about the Shoah of the Jews of the Soviet Union. With the invasion of Germany into the territory of the Soviet Union on June 22, 1941, a new stage in the history of the Shoah began, characterized by the massacres of Jews, exemplified in the Ukraine.

The road to Babi Yar shows the events of the first 100 days of the occupation of Ukraine, during which the Nazis, with the participation of local residents, began killing Jews directly in their places of residence, as well as the evolution of the mass murder system in hundreds of killing sites, symbolized by Babi Yar.

Conversations with historians, local residents – eyewitnesses to those events and Jewish survivors of the Shoah, presented in the film, allow us to recreate a comprehensive and painful picture of the fate of the Jews of Ukraine during the Shoah.

Thank you to our programming partner: Classrooms Without Borders and Liberation75