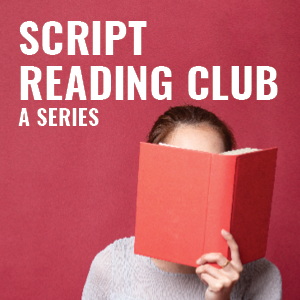 Join our four-part discussion series that examines plays that deal with the themes of STORIES OF SURVIVAL, the museum’s fall-winter exhibition. Participants are asked to read each script in advance, to prepare for group discussion on Thursdays in October through February. Information on obtaining each script will be provided upon registration for each session. Sessions, held virtually over Zoom, are moderated by Faye Sholiton, in a project co-produced with Interplay Jewish Theatre. Pre-registration is required, as space is limited.

Register for any or all of these discussions!

BECOMING DR. RUTH, by Mark St. Germain. For a celebrity and pop icon who has seemingly lived her life our loud, Ruth Westheimer has some compelling personal stories that still beg to be shared. Orphaned during Hitler’s rise to power, she developed an astonishing gift for reinventing herself, to literally become “Dr. Ruth.” Her unique brand of audacity, grit, enthusiasm, and humor shine through in this solo show that continues to be produced all over the country.

Please note: unlike past programs in this series, participants are responsible for purchasing their own scripts in advance of the discussion. Scripts are available through Stageplays or Dramatists Play Service. Cost is approximately $11.00, plus tax and shipping.

Thank you to our programming partner: Interplay Jewish Theatre

Past events in this series:

October 7 at 1pm: If The Whole Body Dies

IF THE WHOLE BODY DIES: Raphael Lemkin and the Treaty Against Genocide, by Robert Skloot. One of modern history’s unsung heroes is Raphael Lemkin, a Polish-born, American attorney/activist who lost 49 family members in the Holocaust. It was Lemkin who coined the word “genocide” in 1944 and launched what would become a worldwide effort to define – and outlaw – these pernicious crimes against humanity. The treaty wasn’t ratified until 1988, nearly three decades after Lemkin’s death, with the U.S. among the last to sign. Robert Skloot’s stunning play demonstrates the power of art to honor a righteous man.

November 4 at 1pm: A Patch of Earth

A PATCH OF EARTH, by Kitty Felde. Playwright and longtime journalist Kitty Felde explores the impact of genocide on a Serbo-Croatian soldier who participated in the July 1995 massacre of some 8,000 Bosnian Muslim men and boys outside of Srebrenica. The young soldier had been given a choiceless choice: become a killer, or be killed. Weaving together a court case, unbidden ghosts and magical realism, Felde portrays one man caught up in an endless ethnic war, condemned to live with his guilt.

COME GOOD RAIN, by George Serremba. A miracle happened on December 10, 1980, when Ugandan villagers came upon the bullet-ridden, broken body of a 23-year-old man. The young man, who had just returned from his liberal studies abroad during the brutal dictatorship of Idi Amin, was unprepared to deal with Amin’s equally brutal successor, Milton Obote. When he publicly opposed the state of Ugandan politics, he was arrested, tortured and left for dead. That young man, George Serremba, would live to tell his story in a solo, life-affirming play he has performed around the world.