Knowledge on the Rise: Putting Challah in Context 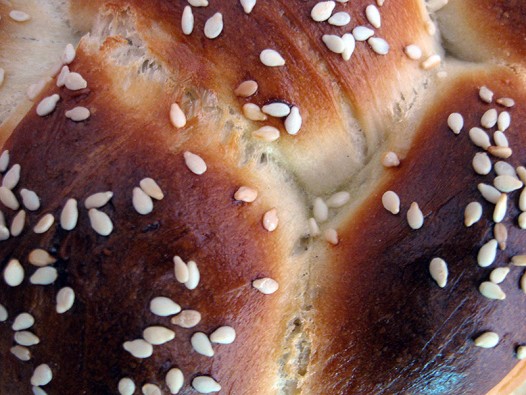 I was first introduced to challah as a little girl by my mother explaining to me that it was like Sally Lunn bread or brioche, which, I was happy to discover, it deliciously was.  It wasn’t until much later that I replaced my non-Jewish notion of challah with a real appreciation for its cultural context.  Beyond being tasty and making excellent French toast; challah has a long ritual history and symbolic importance in Judaism.   Although an extensive history of challah would fill a book (and has, many times), here is a very brief overview of what it is and why it’s important in Jewish tradition:

My interest in challah has been piqued recently because M-Cubed is sponsoring a Challah Baking Class on Thursday, September 4 at 6:30pm.  We invite any interested young professionals to join us at the Cedar Center Whole Foods to learn how their bakers make their dough and how to adapt the recipe for various tastes.  Each participant will braid his or her own dough and take it home, freshly-baked, at the end of the evening.  Cost is $10 per person and participation is limited to 20.  Registration closes on September 2, so don’t wait, sign up here now!