Inside Our Museum: Bleeding for Civil Rights, Rabbi Arthur Lelyveld

With so many questions about how students will learn in the upcoming school year, we didn’t want to take any chances on how students could receive anti-bias education through object-based experiences. That’s why we are actively working on finalizing our very first digital tour as we prepare to launch the annual Stop the Hate program in a whole new way. Here’s a sneak peak of the tour. Don’t forget to sign up for the Educator Updates mailing list to find out more about this tour and more to come! 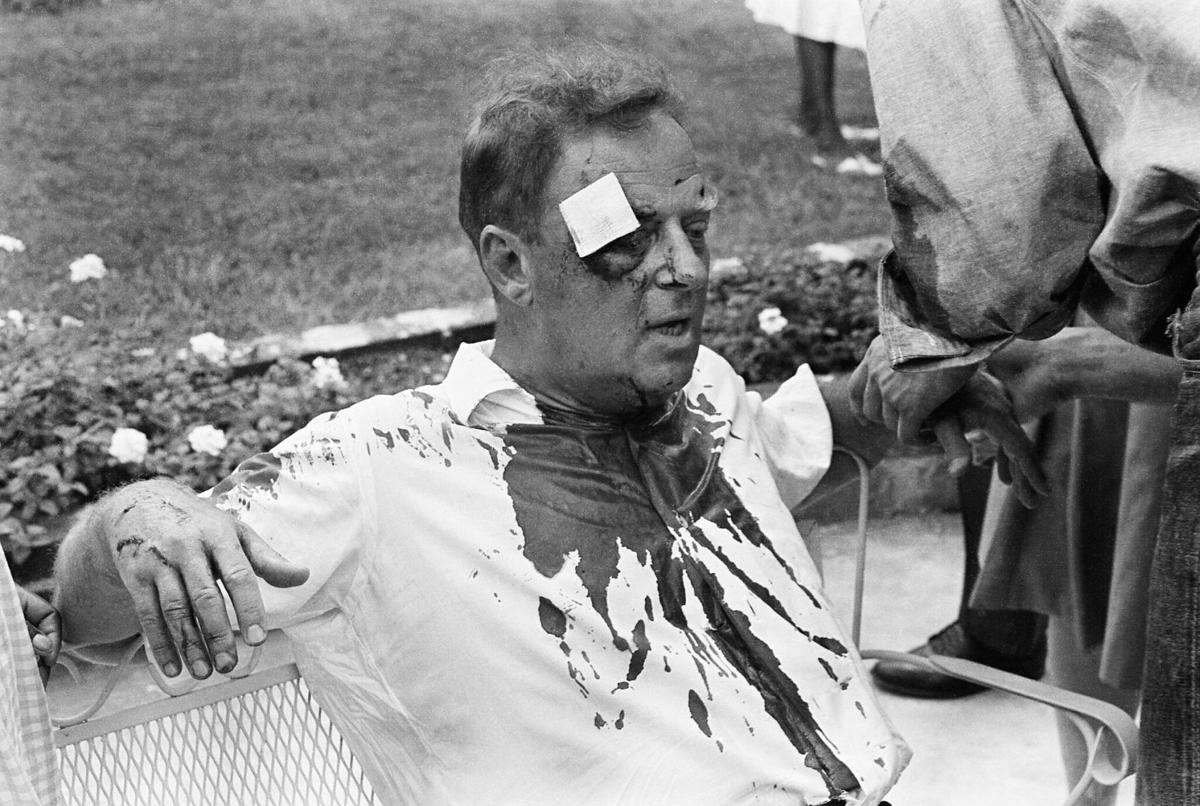 WHAT WE SEE
This black and white photograph of Rabbi Arthur Lelyveld ​was taken on July 10, 1964, ​after he was beaten by white supremacists. His shirt is stained with blood, and he has a bandage over his right eye.

WHAT WE KNOW
​Black men ​were granted the right to vote ​with the passing of the 15th amendment in 1870, ​but southern states ​enacted laws that raised barriers to voter registration. For over 80 years, southern states used poll taxes and literacy tests ​to ensure that black men were prevented from exercising their voting rights​. ​​​​Those who attempted to register​ to vote faced violent reprecussions​ from the Ku Klux Klan and local law enforcement.

​​In the 1950s and ‘60s, securing voting rights in the South became a central focus of the civil rights movement. In ​the summer of 1964, ​approximately one thousand activists from the North and West banded together with ​the black community in Mississippi, where registration of eligible black voters was ​the lowest in the country. This movement became known as Freedom Summer.

​​Violent white segregationists ​used ​harassment and even murder to intimidate black voters and volunteer activists​. One such activist was ​Rabbi Arthur Lelyveld from Cleveland, who was beaten with tire irons by two white segregationists while canvassing for voter registration. Despite the ​attack, Lelyveld ​continued to encourage others to join him as an upstander​ in the civil rights movement.

WHAT WE WONDER
Why do you think Lelyveld felt compelled to leave Cleveland to register voters in Mississippi? ​​What do you think caused most white Southerners to stand by for decades ​while black voters were being discriminated against? Can you identify the upstanders and perpetrators? ​

That’s it for now! But, there’s so much more to come. This is just one section of the tour that focuses on three different learning areas. We can’t wait to show you more.

To be notified of when the tour is available and learn about exciting changes to the Stop the Hate program, register for our Educator Updates mailing list.