MAY IS JEWISH AMERICAN HERITAGE MONTH!

By Presidential Proclamation, May is Jewish American Heritage Month (JAHM), recognizing the 350+ year history of Jewish contributions to American culture.

In addition to this valuable new resource, we compiled a list of four other nationally recognized organizations providing information about the Jewish American experience with a Cleveland connection. If you learn something new, we hope you’ll share your excitement on social media with #OurSharedHeritage and join the conversation. 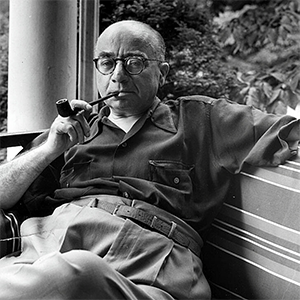 Thanks to the collaborative effort of the Library of Congress, the National Archives and Records Administration, the National Endowment for the Humanities, the National Gallery of Art, the National Park Service, and the United States Holocaust Memorial Museum jointly paying tribute to “generations of Jewish Americans who have helped form the fabric of American history, culture, and society” we can explore this subject through a centralized website, JEWISH AMERICAN HERITAGE MONTH

A wealth of information is available, including insight into the art of Arthur Szyk, a celebrated 20th-century master who was at one-time commissioned by Rabbi Abba Hillel Silver to create stained glass windows for The Temple-Tifereth Israel right here in Cleveland.

“There is a strong connection between Szyk, America, and the concept of freedom,” notes past curator of the Arthur Szyk Society, Irvin Ungar, in a presentation for the Library of Congress that houses an exhibit on the artist’s work.

According to Szyk.com the artist was self-described as a “soldier in art” and used his talents toward activism, “advocating for religious tolerance and racial equality for minorities, especially Jews and black Americans. Today, collectors around the globe prize Szyk’s art for its vibrant imagery and messages, which remain as stunning and timely as ever.”

See the exhibition “Arthur Szyk: Artist for Freedom” at the Library of Congress > 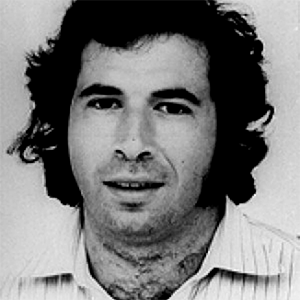 Another Cleveland connection can be found at the NATIONAL REGISTER FOR HISTORIC PLACES which features a dedicated page to Jewish American Heritage Month with the intent to “showcase historic properties listed in the National Register and National Park units commemorating the events and people that help illustrate Jewish Americans’ contributions to American history.”

The list of noteworthy locations includes the national memorial to Shaker Heights native David Berger who was a member of the Israeli Olympic team murdered by the terrorist organization Black September during the 1972 Olympic Games held in Munich, Germany. A tragic period in history that became known as “The Munich Massacre” is featured in the Maltz Museum ’s core exhibition, An American Story, and memorialized across the street at the Mandel Jewish Community Center with a sculpture of broken Olympic rings.

View a short video explaining the Munich Massacre from Unpacked > 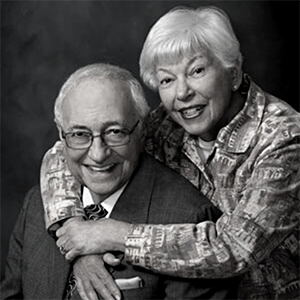 Milton and Tamar Maltz, co-founders of Maltz Museum, made an indelible mark as pioneers in the radio business so it seems fitting that we would honor Jewish American Heritage Month by investigating what was playing during early waves of immigration. What language do you think our ancestors heard when turning the dial? Yiddish! Our friends at the YIDDISH BOOK CENTER teach the Yiddish alphabet still today.

Yiddish is a Jewish language that dates back as far as 1272, according to scholars Ilan Stavans and Josh Lambert whose anthology of collected essays entitled, “How Yiddish Changed America and America Changed Yiddish” showcases the power of language to unite a burgeoning culture in a developing nation.

In an article about the book, the editors write, “A substantial number of speakers had already arrived [to America] by the middle of the 19th century… In the late 19th and early 20th centuries, an enormous wave of European immigration brought hundreds of thousands and then millions of Yiddish speakers… American Yiddish speakers created newspapers and theaters, and before long built one of the most vibrant centers for Yiddish culture in the world.”

Hear about “History of Yiddish Radio” on StoryCorp >

Learn the origins of Klezmer music in this Master Class article > 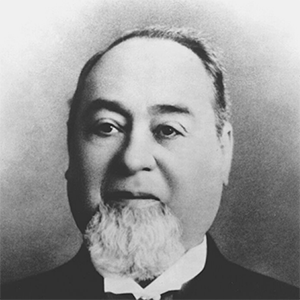 Nothing says American style like a pair of denim blue jeans. The CONTEMPORARY JEWISH MUSEUM developed an exhibition on the subject, on none other than Levi Strauss & Co. “At the end of the California Gold Rush, Levi Strauss & Co., named for a Bavarian Jewish dry goods merchant in San Francisco, obtained a U.S. patent with tailor Jacob Davis on the process of putting metal rivets in men’s denim work pants to increase their durability. It was the birth of the blue jean.” Levi Strauss seems to take great pride in that fact even today, advertising on their home page, “We have been innovating since the birth of the blue jean in 1873.”

From the early waves of immigration, Jews found their way into the garment industry, not just in San Francisco and New York but also in cities like Cleveland. As featured in An American Story, Jewish immigrants helped build those businesses. In fact, “The vast majority of garment employers in Cleveland were Jewish immigrants from Germany and Eastern Europe,” reported Anne Trubeck in an article for Belt Magazine.

Read the article, “A History of Cleveland’s Garment Industry” >

Take a look back at WKYC’s Interview with Dr. Sean Martin >